North East-based Stuart Coupland, founder of Coupland Leather has teamed up with the wife of the late John Challis to create bespoke bookmarks which will be sold to raise funds for John’s personal charities this Christmas. 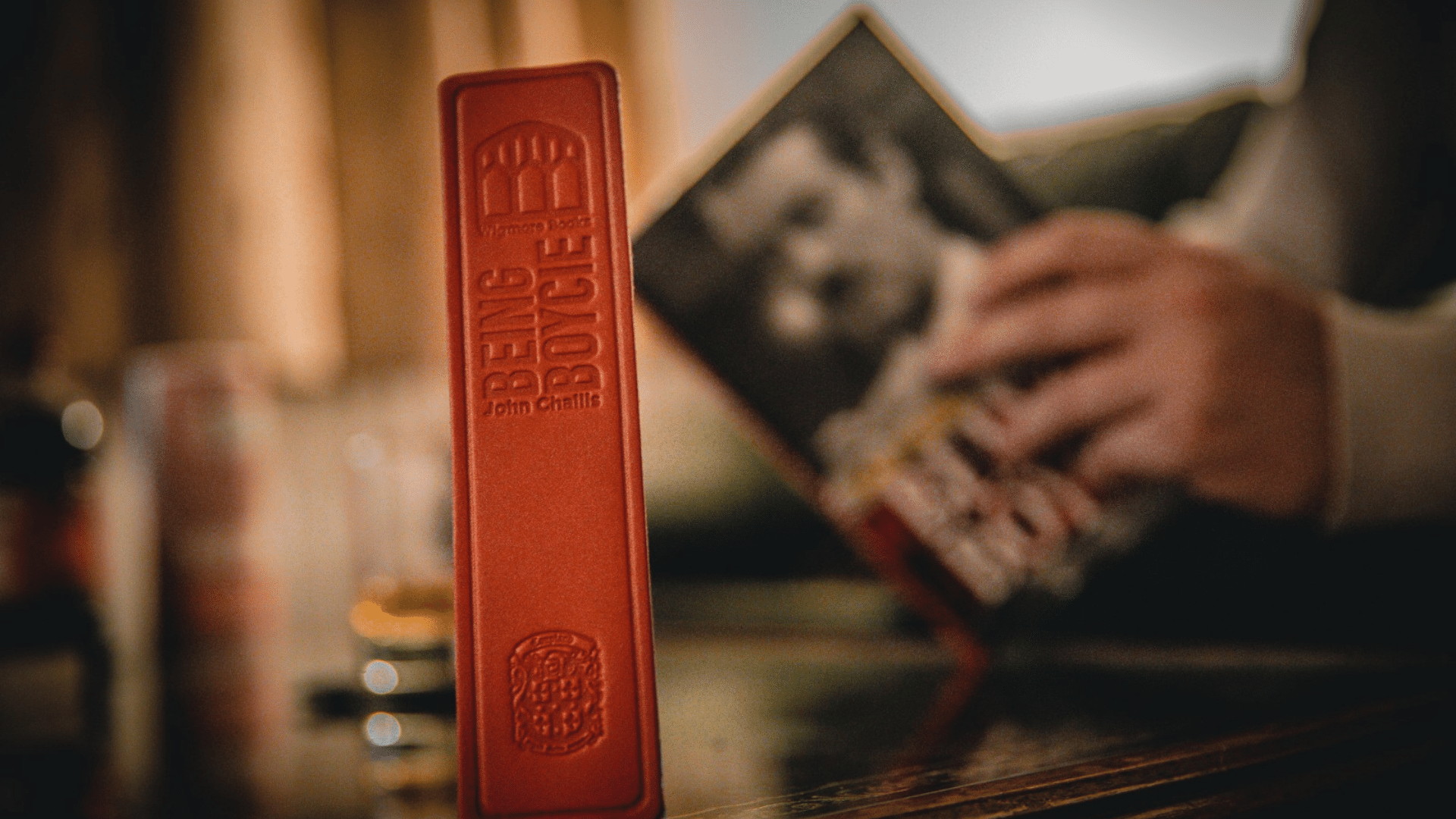 Stuart met John Challis, famous for playing the imitable Boycie in cult comedy ‘Only Fools and Horses’ at the 2021 Great Yorkshire Show. Little did he know that a friendship would develop and following Stuart sending him one of his trademark handmade leather wallets, the two kept in touch by email and on Twitter, where John shared photos of the wallet and expressed his fondness for the products.

Sadly, John passed away in September and following a discussion with John’s wife, Carol, Stuart hatched a plan with John’s publishers, Wigmore Books to create Boycie bookmarks which could be sold to raise funds for the three charities which were close to his late hero’s heart: Cuan Wildlife Rescue, Tusk and the British Hedgehog Preservation Society.

Each bookmark is handcrafted from vegetable-tanned leather in Coupland Leather’s classic rich red, which Stuart describes as ‘the perfect salute to a true British icon’ and embossed with the logos of Wigmore Books, Being Boycie and Coupland Leather. They have launched just after the 40th anniversary of the first episode of ‘Only Fools and Horses’ being aired.

Stuart said: “I was honoured to meet a legend I had grown up watching on the television earlier this year and it was emotional to hear that he loved my work. Following his passing, I have stayed in touch with John’s wife Carol and we thought it would be a fitting tribute to bring together both the handcrafted leather he enjoyed and his beloved charities. I’m thrilled to be able to support his legacy in this way and I hope he would approve!”

The bookmarks are available exclusively from the Coupland Leather website at a cost of £12 each, with only 100 being made and all profits going directly to John’s three charities. They are available to preorder now, for dispatch in November 2021.

Carol Challis said: “John always liked to champion small independent companies by promoting them on Twitter or by making video messages, in the hope that the word would spread! We set up Wigmore Books to publish John’s autobiography and then he decided to try his hand at fiction. Reggie is a character based loosely on Boycie, a London market trader who moves to the country, so the stories are very much in the style of ‘The Green Green Grass’. John was very proud of the book we put together about restoring our house and creating a garden, full of beautiful pictures and interesting history and gardening hints. All titles are still available from www.wigmorebooks.com.”

Coupland Leather handcrafts all its leather products in house, from scratch. Clients can speak directly to the person who will be making their item or gift, ensuring that what they’re expecting is what they will get. There is a wide range of dyes, threads and amendments to the designs available, so the finished product not only matches their style but is also perfect for the intended use. There are also several options for personalisation, from stamped initials, dates and names, to laser engraving and the crème de la crème corporate debossing stamps.

You have successfully been subscribed!
Get the best content from Converge direct to your inbox every month.
Coupland Leather