Fresh from walking 100 miles for a local NHS charity that helped to make what was believed to be palliative care more comfortable for him, miracle man William (Bill) Cooksey is due to complete his latest fundraising challenge on 9th August – cycling 1,000 miles. 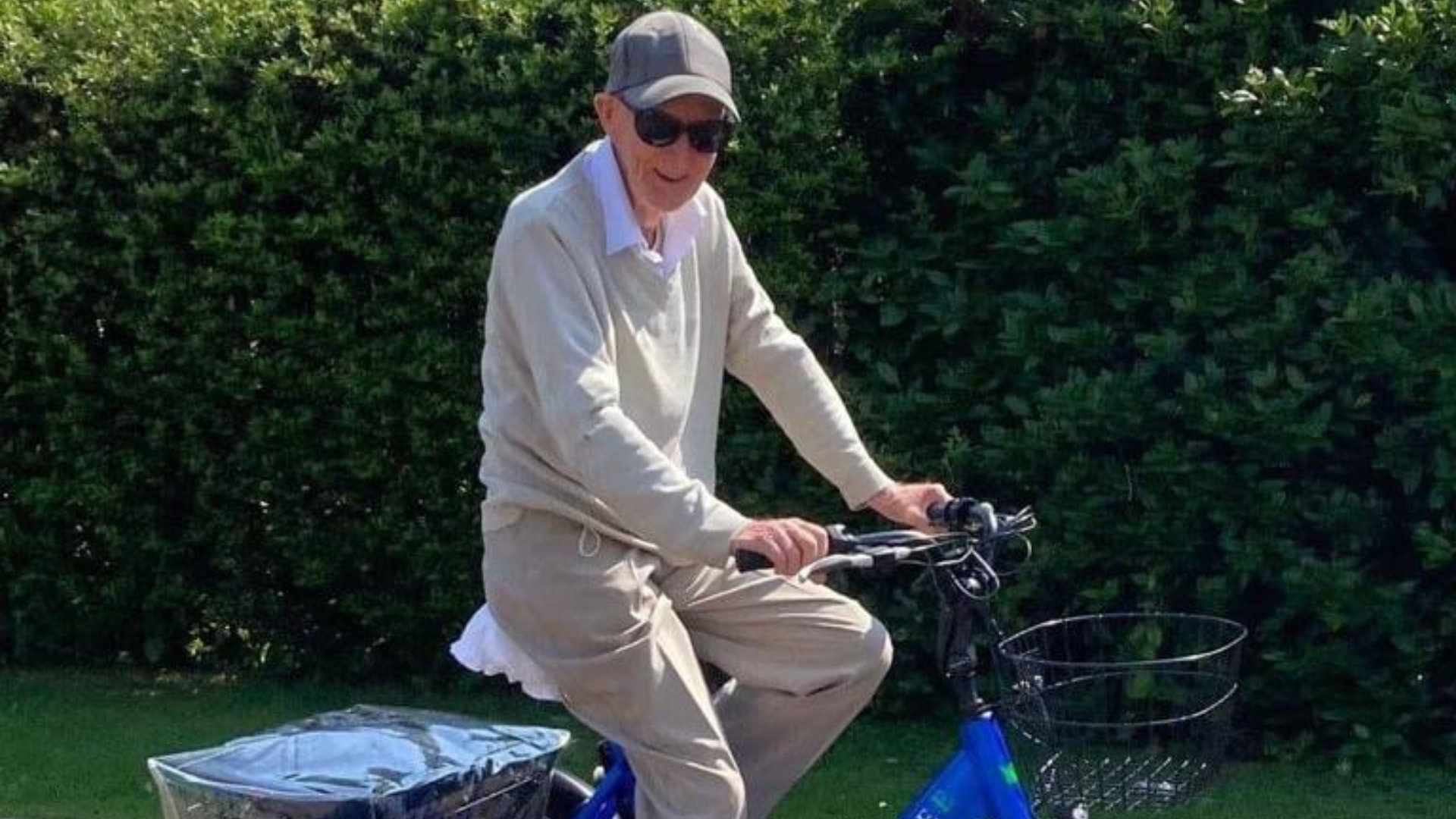 The 100-year-old RAF veteran and former teacher from Newton Aycliffe, who is also profoundly deaf, has been cycling 20 miles per day, using the carriage clock from his mantle piece to keep track of time. His walking effort in 2021 raised just over £3,000 for County Durham and Darlington NHS Foundation Trust Charity and it is hoped that this latest challenge could surpass that.

Bill said: “You wouldn’t believe how valuable the work County Durham and Darlington NHS Foundation Trust Charity does – it is a charity supplying items which aren’t deemed ‘vital to patient care’ but which are so valuable to making hospital stays and treatment a more comfortable experience.

“From the chairs your visitors sit on, to toys and colouring books on children’s wards, even fridges for the nursing staff to store food in to keep them replenished while caring for patients around the clock – it’s all provided by the charity.”

Bill is due to celebrate his 101st birthday on August 19th, as Charity Development Manager, Pat Chambers explains: “There are no words to describe how grateful we are for Bill’s support. Having made a miraculous recovery from end-of-life care in March 2020, there seems to be no limits to what this wonderful man can achieve.

“We’d encourage everyone to support him via JustGiving, join us to welcome him over the finish line on 9th August, and also to send him birthday cards this year – they can be sent care of the charity office and we know they would mean so much to him.”

Bill’s military career included four years in the Middle East, as well as working on board an air sea rescue flight supporting the 8th army in Benghazi, where following an emergency landing in Cyprus, he and his comrades were forced to live in the Welling Bomber for six weeks.

You can donate to Bill’s fundraiser here: https://www.justgiving.com/campaign/BillCooksey

You have successfully been subscribed!
Get the best content from Converge direct to your inbox every month.
Peachy Digital