The UK’s number one pork pie brand has invested £4million in its latest NPD project, which has seen new machinery, jobs and the launch of a tasty new addition to the company’s product portfolio – scotch eggs. 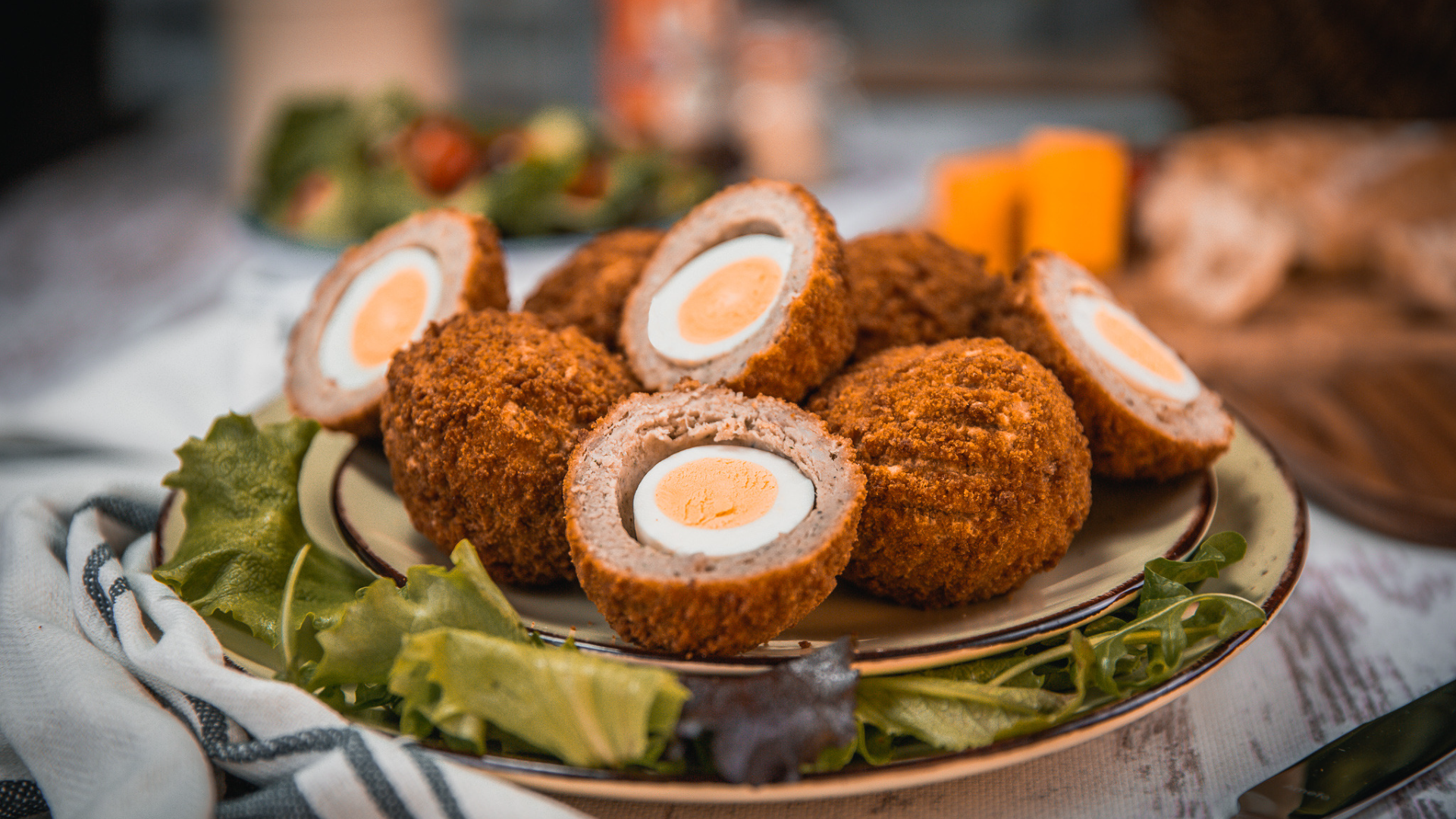 Expected to increase the company’s annual sales to £32million, the scotch eggs are initially launching in a twin pack format, with further pack sizes to follow.

Scotch eggs, which saw a resurgence in popularity following the government’s somewhat controversial declaration in 2020 that they could be considered a ‘substantial meal’ in line with Covid regulations, is a product category that has grown £8.1million in the 52 weeks ending 5th September 2021, according to Kantar data. In fact, shoppers spent an extra £91.5million on the savoury pastry and meats category in the last 12 months, making this a tasty move for Vale of Mowbray.

Marketing Manager, Jason Crowe said: “We’ve been working on this exciting range for some time and feedback so far has been great. The humble scotch egg is being seen as more than just a grab-and-go snack, with an increased number of people building a larger meal around it and being more inventive in the ways they enjoy them

“This project has led to 30 new roles being created at our production site, as well as being the impetus behind growing our sales and business development team, and we’re really excited to see where the varied functionality of the new machinery installed can take our NPD focus in the future.”

Vale of Mowbray, which was established in 1795 and bakes over 1.5 million pies every single week, has invested in state-of-the-art machinery including the largest fryer available in the UK, achieving a unique process which will keep the meat moister and the crumb crispier. This can not only be used to make 500 scotch eggs per minute but a number of other ‘encased’ products, too – though the firm is keeping these ideas close to its chest for now.

Mark Gatenby, Managing Director at Vale of Mowbray said: “While the pork pie will always be a staple, and our flagship product, we’re proud to be harnessing our skills within the savoury pastry category to expand into new products.”