The number of websites online, right now, is a staggering 1.75 billion. Many of these are web apps, and web apps have incredible scope. The web is a hotbed of innovation as developers constantly come up with novel approaches. No wonder the web has become the most popular way to deliver both consumer and business apps. But what does 2020 hold for ground-breaking web apps? Here are the top 10 web application development trends 2020. 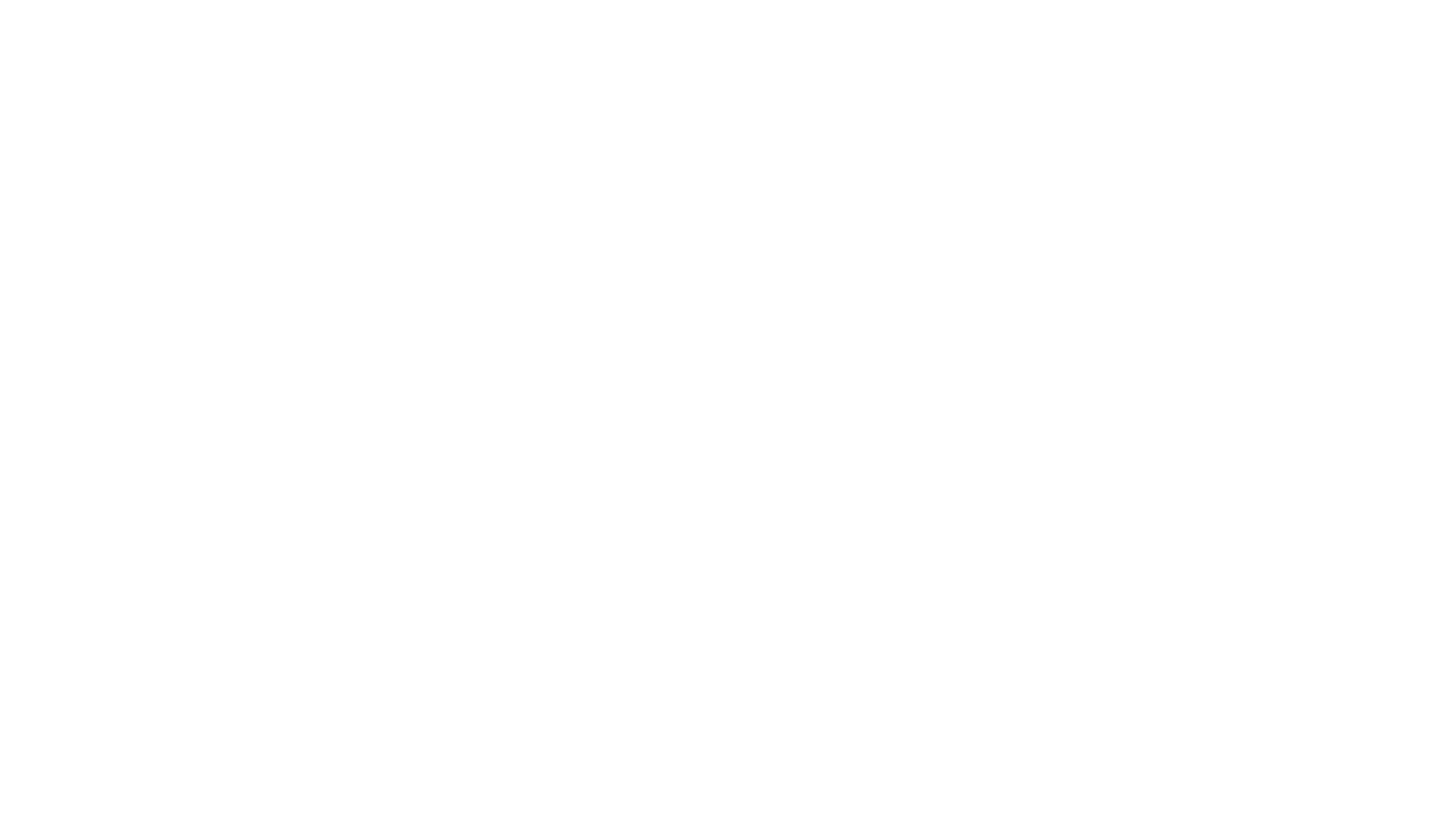 The 1990’s web simply didn’t have the tech brawns to deliver the complex applications large enterprises depend on. Consumer apps were frustrating and simplistic. However, web technologies have proven to be fluid – web tech is under constant flux. Some common building blocks remain, but as the web evolves developers are adopting new tools year in, year out.

This immense fluidity of the web’s tech stack has led to the ability of the web to deliver increasingly powerful, advanced applications. Today, web applications underpin so much of our everyday technology use. 2020 will see further, empowering changes in the web tech stack.

Web applications can be sluggish and unresponsive due to the many layers involved in making a web app work. As apps get more complex developers increasingly struggle with responsiveness. WebAssembly, or WASM for short, is a client-side binary format that delivers near-native performance for web apps.

WebAssembly works alongside existing tech stacks, using assembly-like language inside the browser to boost performance and to deliver real-time responsiveness. WASM is at the cutting edge of the web technology stack and we expect developers to adopt this format for performance-intensive web apps such as games and video editing.

In 2020 we are expecting developers to increasingly switch to an approach that includes modular design and microservices – in contrast to monolithic web applications. By splitting web apps into discrete chunks developers can deliver a much leaner and more flexible code base.

Introduced in 2019 as "an approach where independently deliverable frontend applications are composed into a greater whole", micro frontends continue gaining in popularity. This method is based on the microservices architectural style. Web development teams can especially benefit from adopting some form of this architecture when there's a need for decomposing UI development among several developers.

The quick evolutionary pace of the web tech stack is its biggest advantage. Web tech continuously grows new features and benefits that developers can use to give users a fresh experience. 2020 will see the evolution continuing at pace.

The latest version of Angular, 9.1.1 released in March 2020, builds on the popular Angular stack that's delivered so much progress for the web. However, we expect web developers to turn to other frameworks as well, including React and Vue.js. Another bright light is Flutter, an easy way to build user interfaces that fit any screen – and every experience.

Navigating a complex web app by clicking backwards and forwards and waiting for reloads is frustrating for users. Single-page web apps eliminate usability hiccups by reducing page reloads. Technologies including JavaScript and AJAX is used to dynamically refresh content throughout the user session.

While single-page apps are not a new phenomenon – consider Gmail, for example – we expect developers to broadly adopt single-page apps through 2020, particularly with a view to making mobile web apps much closer in functionality to a native mobile app.

From single-page apps to PWA – developers are using cutting-edge web tech to bridge the gap between the mobile web, and native mobile apps. Progressive web apps are mobile-first web apps the emulate many native app features including push notifications, home screen access and support for offline functionality. To put it simply, PWA allows developers to transform their web apps into mobile versions, providing the same features and functionality, and publish them to digital distribution platforms.

PWAs enable businesses to reach mobile users who suffer from app fatigue and to do so at a lower cost. We think that developers will increasingly adopt PWA through 2020 in order to boost customer conversion in the mobile-first age

Users are overwhelmed with information – and with features. It’s up to web application developers to help users find their way through this overload. Motion UI helps users understand how applications work by using movement and transitions to direct user behaviour and to present features.

Thanks to the widespread availability of UI libraries It’s becoming easier to implement motion UI and other user-friendly web UI tricks. We think that, in 2020, we’ll see a growing shift to a user-friendly design that’s much more responsive to users and the needs of users.

There’s little question that the web is an exposed place, and that data breaches and hacks are disturbingly commonplace. This year developers will need to double down on security measures – focusing on testing for vulnerabilities and constantly monitoring web applications to discover intrusion. Another option for developers is an ever-present web application firewall (WAF).

We also think that companies will be increasingly circumspect when choosing tools and third-party services – security is only as good as its weakest link. A mix of security hazards and compliance concerns will also push an increasing adoption of AI technologies to aid web security.

The web’s presentation and interaction layer have also changed phenomenally. For example, just recently the thought of interacting with a website using voice seemed unrealistic – but with smart speaker penetration set to grow from 28% in 2018 to 75% in 2025, we’re undoubtedly going to see widespread voice interaction. This is how the front end of web apps are going to change in 2020.


8. The growing roll-out of natural language

We pointed to voice interaction earlier. Voice is part of a trend in more human-technology interaction and this trend is driven by advances in natural language processing (NLP). Where app developers enable it users can now interact with web apps using natural language.

Through 2020 we expect more and more sites to enable NLP-driven webchat so that customers can easily and instantly handle everyday requests. Voice search will also become more commonplace and we can see that developers will gear their sites to tap into the massive market for search via smart speakers.

The power of AI and its cousin, machine learning, is driving an incredible level of personalisation. Relevant, actionable recommendations are now commonplace. However AI is a rapidly evolving field and, as we think about web application development trends, 2020 shows the potential to bring dramatic improvements in recommendation accuracy – resulting in an improved conversion.

Pre-built tools are making AI more accessible to developers so we’re also envisioning that a more personalised web will become more pervasive through 2020. The democratisation of AI means that even small-scale apps on limited budgets can now take advantage of AI.

The web is, of course, more than just the visual front ends that we access every day in a web browser. In fact, the web is also an application infrastructure that delivers back-end functionality, connecting countless services with agile technologies that are specific to the web.

Through 2020 we will see more and more changes in the way web infrastructure is presented to the public – beyond the traditional website, web-browser interface.

10. Omnichannel experiences centred around the web

The dynamic capabilities of web infrastructure can power much more than just a website. We’re expecting the web to continue to settle in as the core of the omnichannel experience as new and creative ways are found to push web-generated content to platforms beyond the browser.

For example, consider the growing trend towards a headless architecture where front-end and back-end are separated. This enables developers to use their CMS or eCommerce platform to deliver website content to any interface or device – whether this involves an actual website, an app, or any other channel.
You have successfully been subscribed!
Get the best content from Converge direct to your inbox every month.
Drop us a line!

ELEKS is a Top 100 Global Outsourcing Company and a world-leading expert in software innovation. We're recognised as the technology partner of choice for complex development projects and have been helping clients deliver tangible added value since 1991. Our experience covers a breadth of industries, from finance and insurance to healthcare, retail and many more.

Technology
Zoom Vs. Microsoft Teams Vs. SIXER VIDEO: Which platform would you use for hiring?
Published 27/05/2020
by Hassim