A GLOBE-TROTTING diver has made a big splash of a different kind during lockdown, helping hundreds of North East families cut down on plastic waste. 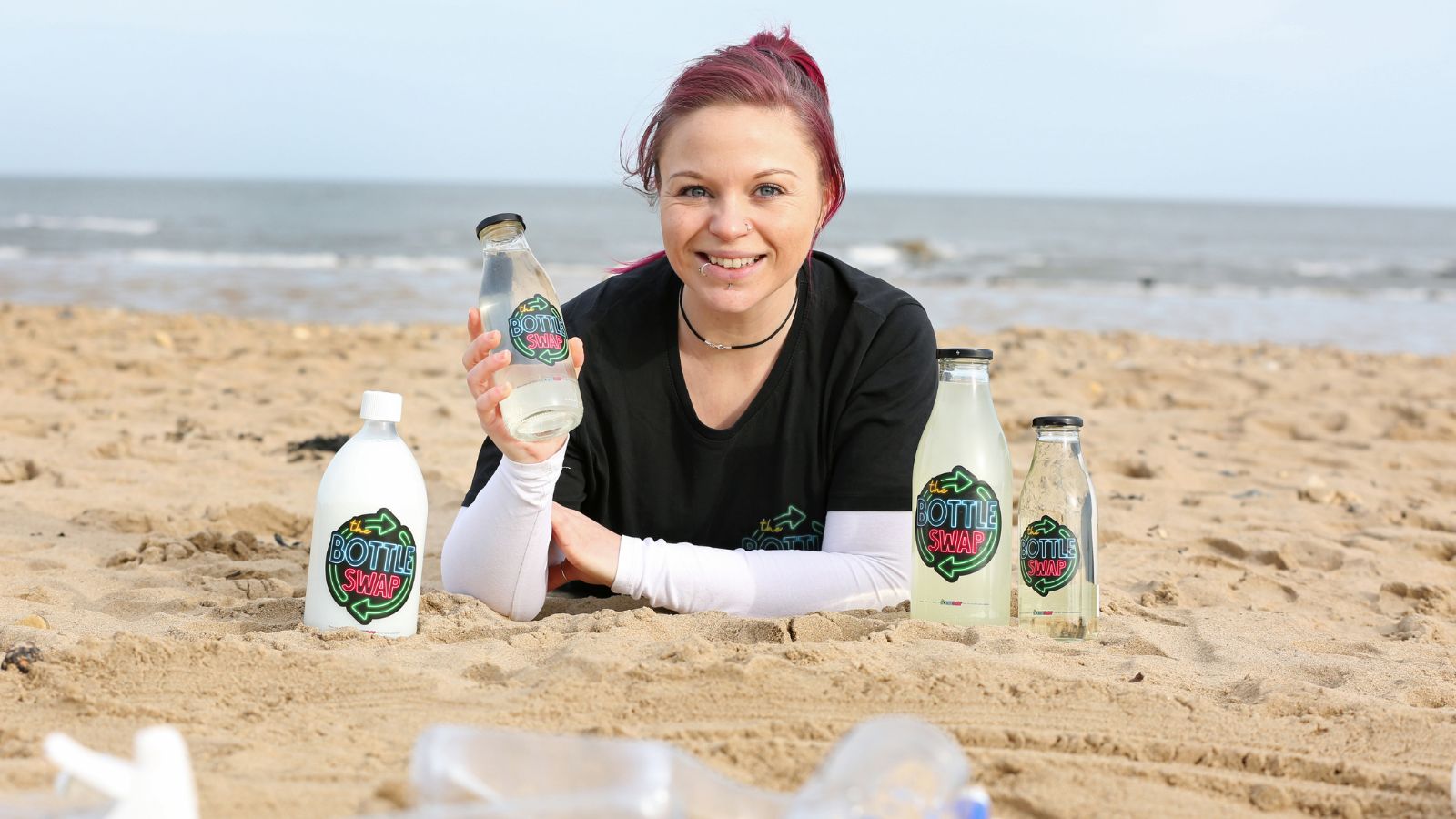 Helen Wilson travelled on and off for the past 10 years before returning home to Sunderland during the pandemic and setting up her new business, The Bottle Swap.

Inspired by the traditional milk round, the company operates a refill delivery service providing plastic-free, eco-friendly cleaning and personal care products to customers across the North East.

Since launching in September, The Bottle Swap has delivered products to over 200 households, leading to the opening of a dedicated storage and distribution hub in the city and ambitious plans to further expand its reach outside of the region.

The company now also boasts over 160 plastic-free branded products across its core range – all of which are manufactured in the UK – ranging from hand wash to laundry, cleaning, body care, hair care and dental care products.

Helen said: “I’ve been amazed by the welcome we’ve received so far. We’ve only been going five months and have already managed to attract over 200 customers, with around 80% of them returning and becoming repeat clients.

“I think one of the main reasons for this is how surprised people are by the quality and the price of the products we supply. Some of the stuff, such as toothpaste tablets or deodorant in a jar, I would never have even thought of using myself, but they’re just the same as household brands – if not better – and far more sustainable.”

Helen launched the business after witnessing first-hand the impact plastic waste was having on oceans and seaside communities across the Far East, particularly in Malaysia and the Philippines.

“Last year, I returned to a spot in Thailand where I’d been diving a decade earlier and I was stunned by how much it had changed,” she said. “There was so much plastic waste that we were literally picking up rubbish on our dives.

“After speaking with locals, we also learned of the horrific impact it was having on their livelihoods and we knew there must be some way we could help tackle the problem, however it wasn’t until I returned home during the pandemic that I had time to really sit down and think about it, and that was the spark of inspiration I needed to launch The Bottle Swap.

“I’m also keen to stress the fact that I’m not totally anti-plastic. In fact, I’m far from what most people would dub an ‘eco-warrior’. There’s no hiding from the fact that we need plastic for certain products and goods and I genuinely believe – if lots of people were to make small changes to help the environment – it would have a much larger impact than a handful of people doing things ‘perfectly’.”

Helen had no experience of running a business prior to launching The Bottle Swap and has been supported on her journey by business adviser Victoria Moodie from the North East Business and Innovation Centre (BIC).

She said: “The BIC were great in terms of signposting me towards funding however where they’ve been most helpful is acting as a soundboard when I’ve really needed impartial advice and support.

“When making any decision in life, it’s always good to lean on those closest to you, however you don’t always get the impartial advice you need to make the best decision. Victoria has been fantastic as a mentor in that respect. I’ve called her at all hours and she’s always just a phone call away, I can’t thank her enough for her support.”

Victoria said: “When Helen first came to us we were blown away by not only her business plan but also her knowledge of plastic pollution and her passion to really make the world a better place.

“To start a company during the pandemic is one thing, but to grow it at such a scale where it already has hundreds of customers and its own unit, is absolutely fantastic, and we’re delighted to have been able to support her journey so far.”

Helen was supported through the Enterprise Support in the North East 2 project which is part funded through the European Regional Development Fund.
You have successfully been subscribed!
Get the best content from Converge direct to your inbox every month.
Visit website

The North East BIC is more than just a business park, it's a bustling community offering the ultimate location for SMEs in the region to locate and grow. Dedicated to supporting companies, the BIC offers flexible and affordable office, lab and industrial space alongside access to a wide range of events and advice to start and scale your business. Take a look at our latest video to see what our customers had to say about us http://www.ne-bic.co.uk/bic-showcase-video/