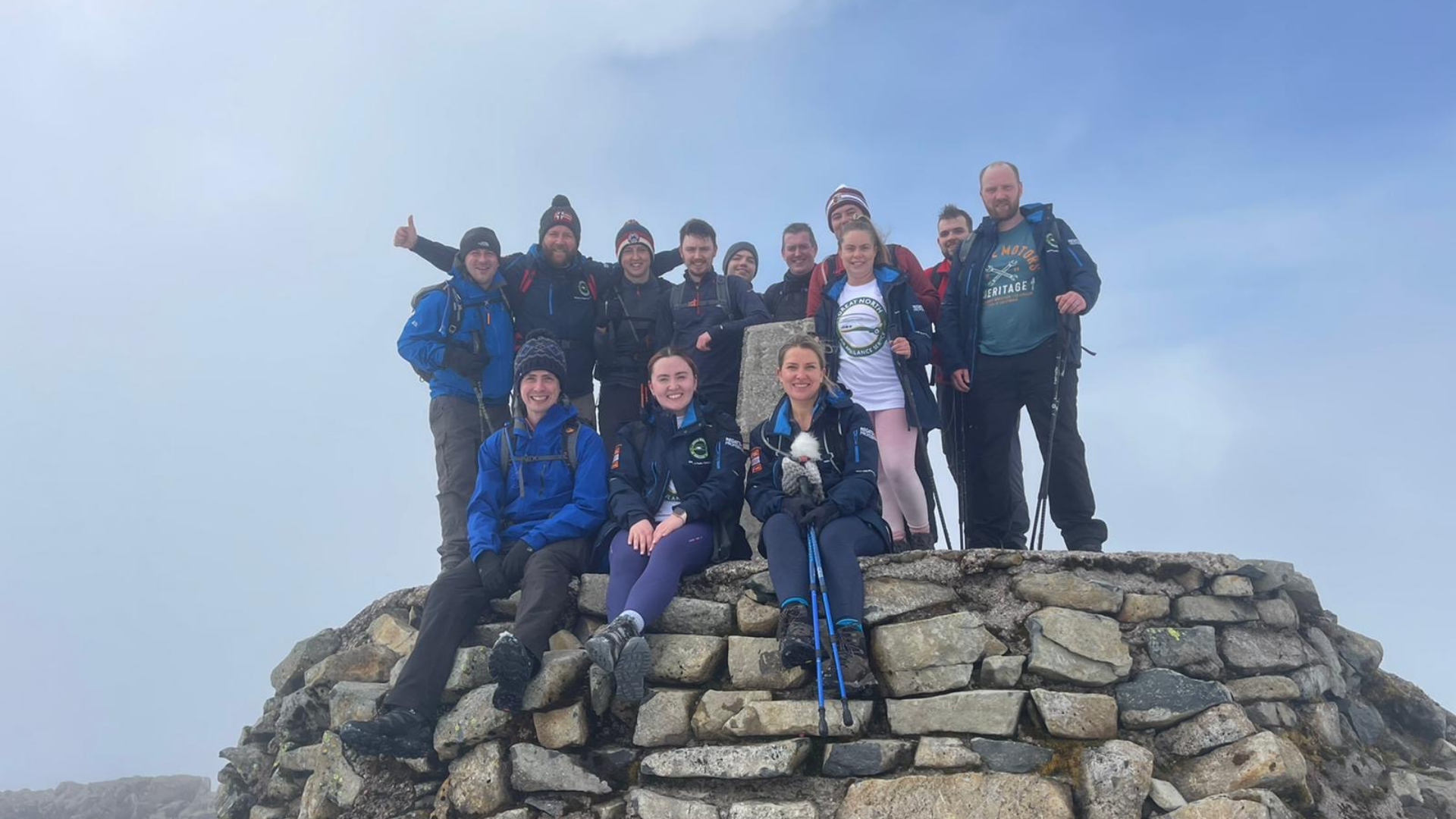 A team of 15 completed the infamous Three Peaks Challenge, with a goal of raising at least £4,000 to help keep the charity’s life-saving helicopters in the air.

Mark Wilkinson, commercial director at razorblue said: “None of the team were particularly natural mountain climbers, and it has taken months of preparation, training, and determination to be able to complete the challenge. Safe to say, we have blisters a-plenty but it’s amazing to know that we could raise money to help support a charity that does so much good for our area.”

The team completed the challenge in under 24 hours, raising over of £4,500 with further donations still being received.

David Stockton, chief executive officer at Great North Air Ambulance Service said: “We would like to offer our congratulations to the team for tackling the Three Peaks Challenge in aid of GNAAS. We are very grateful for the ongoing support we have received from razorblue who have raised thousands of pounds for our charity since 2017. We are completely reliant on public donations and need to raise £6.7m this year to remain operational.”

Over the last three years, the company has raised over £4,500 with clothing collections, supporting the Air Angel’s Ball, golf days, the Hamsterley Beast Cycling event, and the Great North Run, as well as making payroll donations accessible to all staff.

As part of this long-term relationship with GNAAS, razorblue was tasked with fitting out three meeting rooms with Microsoft Teams Rooms equipment earlier this year, which has revolutionized the charity’s internal and external meeting space, improved communications and facilitated remote working.

razorblue was grateful to receive generous jacket sponsorship from MI Supplies, a Teesside-based clothing provider, and Regatta to wear both during their training walks and the challenge itself, which was completed with the support of Adventuring.

Established in 2006, razorblue provides managed IT, cybersecurity services, connectivity, cloud, and business application solutions to businesses across a wide range of industries, working with over 500 businesses across the UK. The company now boasts seven offices, a headcount of over 140, and is on track to hit £20m in turnover by the end of the next financial year.

You have successfully been subscribed!
Get the best content from Converge direct to your inbox every month.
razorblue