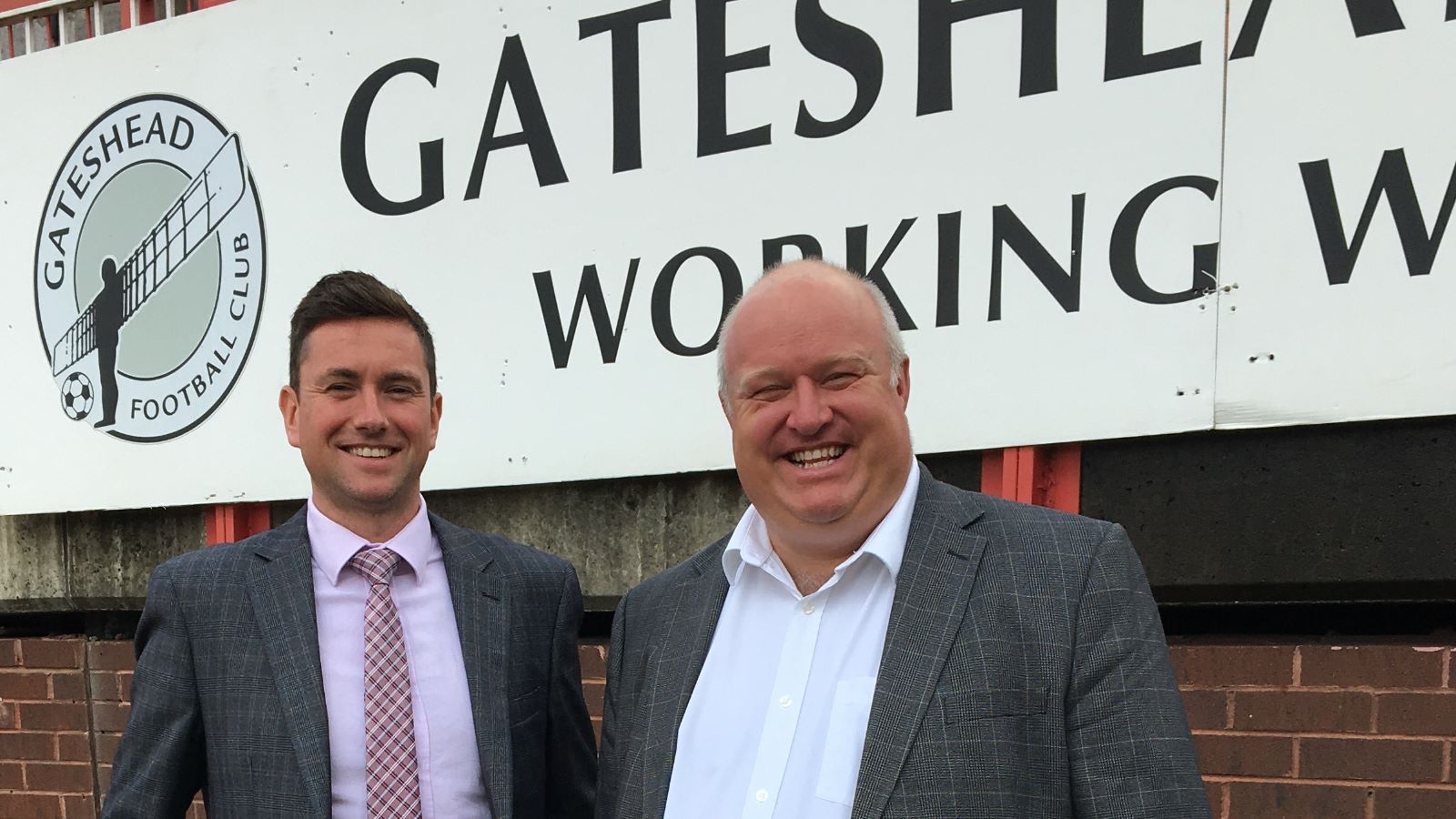 New owners, Neil Pinkerton and Trevor Clark, took over the club in May 2019. Since then the pair have worked closely with the National League to secure the club’s status and to confirm their eligibility to own the club in accordance with the FA Owners’ and Directors’ test.

Neil, who has been a lifelong fan of the team, said: “Trevor and I are both delighted to now be at the helm of Gateshead FC. I have always been passionate about the club and the important role it plays in the community.

“The process was very complex, and it was quite a difficult acquisition. We relied heavily on our legal team to support us throughout. It was important for us to use a local firm with a strong background in commercial acquisitions. PG Legal were excellent throughout and played an integral part in saving the club.

“We came in at a difficult time and our strategy has effectively been to start again from scratch, build up morale for everyone including the players, management, all staff and the fans. We want to listen to those who support us and give something back to everyone who has stood by Gateshead FC throughout the recent turbulence.”

Jonathan Fletcher, managing director at PG Legal, said: “It has been fantastic to assist with the acquisition of Gateshead FC; Neil and Trevor were already heavily engaged in the project and needed some help pushing it over the line. We were delighted to be involved as we knew its new owners were so passionate about saving the club and forming a platform for its future success. We understand the importance of supporting our communities and the organisations which make a difference to local people. The positive feedback that we, as a law firm, received from the club’s supporters has been amazing.”

“Neil and Trevor are working tirelessly behind the scenes to achieve stability and make improvements at the club, which we hope will bear fruit in a successful 2019/20 campaign. We look forward to supporting the club towards its ambitious targets.”

PG Legal provides a comprehensive range of commercial legal services to businesses of all sizes and sectors. Whether you are a Director of a multi-national company or a sole-trader, our highly experienced team believes in cutting through jargon to provide clarity and certainty, and delivering practical solutions for you and your business.