Based in Hartlepool, end-of-life NHS District Nurse, Cher Graiden, has released a hard-hitting book which tackles mental health issues head on, with a frank and powerful story. 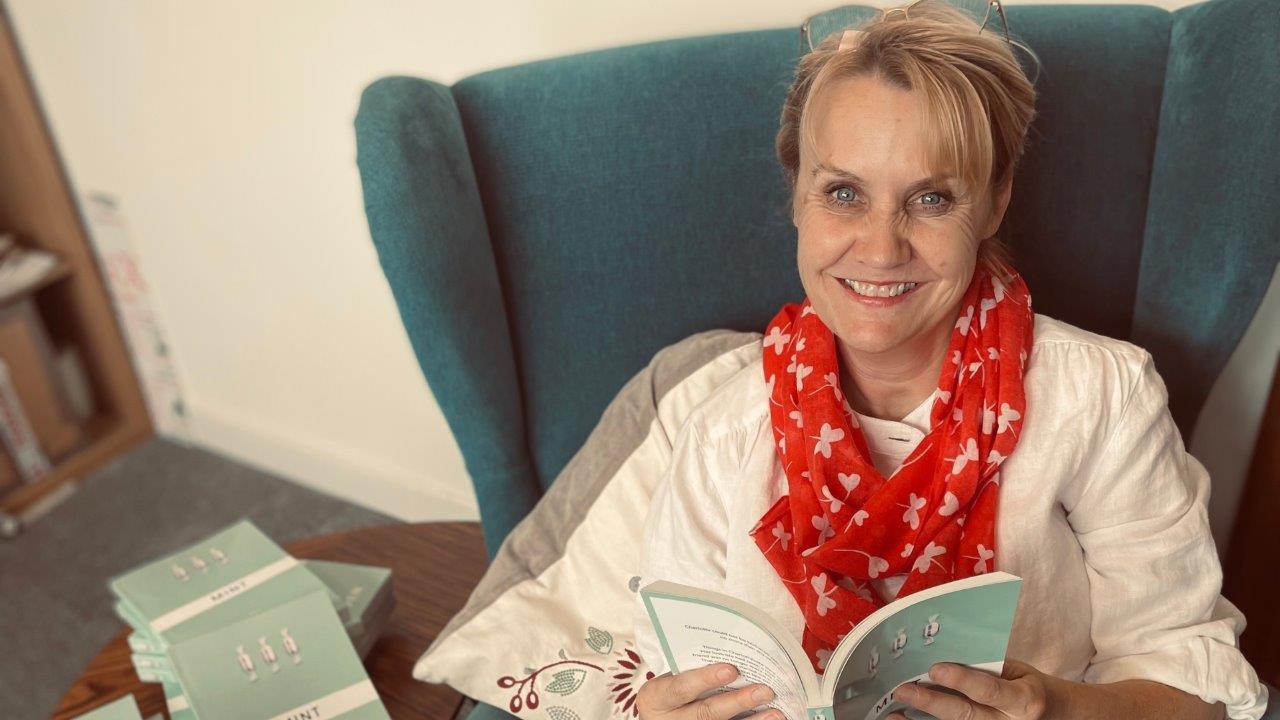 MINT covers the story of a suicidal man who is on the brink of taking that final step when a total stranger happens across him and does all she can to keep him talking. The book touches on the serious side of suicide, but also shows you what can come from talking to someone who is completely outside of the situation that brought you to contemplate such an act, touching on sensitive subjects like IVF, miscarriage and mental health.

The story will make you laugh out loud and cry at the same time. Cher has drawn on real-life gritty experiences from friends who experienced the sadness of suicide and the ups and downs of IVF.

Cher said: “It’s so important that we talk about these issues and make talking about them ‘normal’ – just like you would a physical injury or illness. There is such a stigma around mental health as a whole and suicide in particular, but equally there is a general avoidance of emotional subjects like IVF, isolating many people who are in greatest need of support.

“Mental health issues affect one in four people in the UK, with a life being lost to suicide every 90 minutes* – something needs to change. This is one of the reasons I wrote the book, it sheds light on myriad reasons a person might find themselves in that painful situation, with stories overlapping and interweaving from start to finish.”

Working full-time throughout the COVID-19 pandemic, Cher has had her hands full to say the least. Her personal downtime outside of working has been filled with writing several children’s books and three adult fiction books, self-publishing three in just one month, and after turning 50 last year there is no stopping her, with two more novels coming out soon.

Her first children’s book, Eldon the Owl launched on the popular website Mumsnet in December, swiftly followed by Harry Hotdog – inspired by her children and grandchildren. Cher has written stories that have helped her ever-growing family understand that anything is possible if you just dream it.

Her family had a chaotic start fostering three children, a boy and two girls, and Harry Hotdog was written to help her fostered son connect with her husband through bedtime stories when he was being bullied at school. Her son found it easier to talk to her husband through the book, giving them a better understanding of things that were troubling him.

Eldon the Owl came about when one of Cher’s twin granddaughters, Lola was born prematurely and with special needs. Cher wanted her to feel that no matter what her disabilities were, she could achieve anything she wanted - she just had to dream about it, and it would happen. Both girls were learning and growing at a different pace, and the books showed them that there was nothing wrong with that, helping them understand that they are very special. The children could all connect through reading the Eldon the Owl books in a unique and accessible way.

Cher’s first adult novel, GREEN BOTTLES, is written with humour, affection and sensitivity, leaving the reader to contemplate some of life’s most formidable and thought-provoking experiences. The story has some dark twists and turns, with frustrations with social services that leave her defending her family as her sole purpose in life, making intuitive decisions that would change their lives forever, while still working as a full time-nurse.

Technology
Project Management
Tech Hardware
From entry level to director and over 1243% growth in a decade
Published 25/10/2022
by Peachy Digital, Peachy Digital

Media
Communications
Freelance
BREAKING NEWS: How journalists can use social data in their day-to-day work
Published 11/04/2022
by Paz Segura, Audiense