A marketing specialist at Sintons is undertaking his second apprenticeship with the firm as the team continues to adopt new strategies as it spearheads further growth across the business. 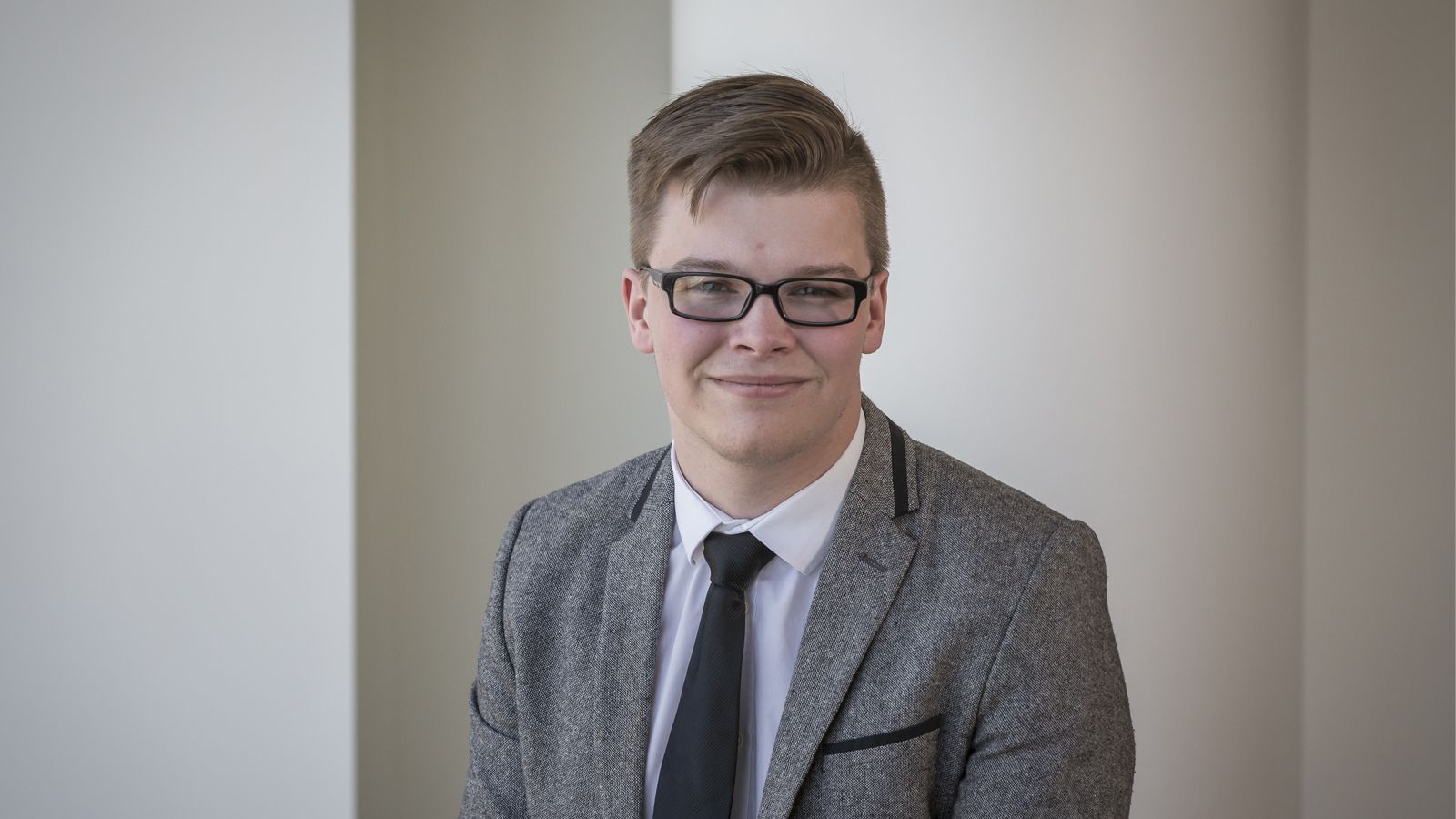 Robert Dale qualified as a marketing assistant last year having completed a business administration apprenticeship, and has become an integral part of the marketing team with central involvement in digital and social media, events and video and podcast production.

Now, Robert is undertaking an apprenticeship in digital marketing, to help both him and the marketing team take full advantage of this fast-growing area, in which Sintons is widely recognised as being a leader. The firm’s marketing strategy focuses heavily on the use of digital, and Sintons was among the first law firms regionally and beyond to introduce such an approach.

Robert will spend the next year completing his qualification with provider QA Apprenticeships.

“I have had a huge amount of opportunities in my role at Sintons to get involved in digital-based projects, which is an area I am particularly interested in, and to be part of such a dynamic and ambitious team has been a fantastic start to my career. Digital marketing is a huge area of growth and I am keen to help Sintons maintain its place at the very forefront of this field,” he said.

“I am really grateful for the support I have had from Sintons in allowing me to embark on this second apprenticeship, and particularly to David Pritchard who has invested so much time in passing on his expertise.”

David Pritchard, head of marketing at Sintons, said: “Rob has impressed me greatly with his excellent attitude and willingness to learn, alongside a clear ability and flair for his work in digital and video projects in particular. His desire to take on a further apprenticeship so soon after the completion of his first speaks volume about his ambition, and we are only too pleased to support him,” he said.

“Sintons is a firm which is absolutely committed to investing in the development of its people, mapping out a pathway for their progression and supporting them in achieving that, and we have every confidence that this digital marketing qualification will help Rob get to the next stage of his development.”
You have successfully been subscribed!
Get the best content from Converge direct to your inbox every month.
www.sintons.co.uk