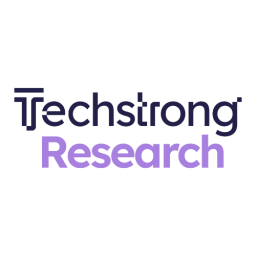 Thomas Kurian became the CEO of Google Cloud Platform (GCP) with a modest mandate: Turn Google Cloud into an enterprise cloud platform behemoth. Easy, right? By 2019 “Google” was already a verb because of its search engine dominance and the company’s revenue was north of $136.8 billion. So, why have I been closely tracking Google Cloud’s progress on winning enterprise cloud business? Let’s back up.

When Kurian left Oracle and joined Google, the company was an extremely successful advertising company. At the time, over 85% of Google’s revenue came from advertising. The search engine, email service and lightweight office productivity apps all served the ultimate goal of keeping eyeballs on Google sites so that users could be served more advertisements and increasingly more personalized ads based on a user’s Google interactions.

If You Build it, Will They Come?

Enterprises Require More Than Just Technology From Their Cloud Providers

Google clearly has the scale, tools and technical expertise to provide businesses with what they need from a cloud vendor. When Kurian left Oracle, he was one of the highest-paid technology executives in the world (according to Oracle, his 2017 compensation package was around $36 million). So why would Google hire Thomas Kurian? Because enterprises require their technology and services partners to have more than just great tech. When advising enterprise clients, the following are the top three topics that come up when discussing the selection of a cloud vendor:

Thomas Kurian is well aware of the need to play well with other cloud providers and enterprise cloud providers. In fact, the widely held belief is that Kurian left Oracle because he and Oracle CEO, Larry Ellison disagreed on Oracle’s multi-cloud strategy—Kurian wanted Oracle’s packaged applications to be available on other vendors’ cloud platforms.

What Does the Mandiant Acquisition Mean for Google?

It’s clear that Google Cloud is focused on the enterprise. Google has no shortage of DevOps, data, machine learning and artificial intelligence tools to satisfy developers and data scientists. However, what Google needs are more features that enterprises expect from a cloud partner.

Google Cloud isn’t new to cybersecurity—the company has been securing its own cloud since its foundation. In addition, the company has been gaining enterprise traction with Google Workspace and Gmail and the security around these SaaS offerings is paramount.

By acquiring Mandiant, Google Cloud can more closely partner with cloud customers throughout the entire life cycle: From code creation (through a combination of Google’s existing Google Chronicle tools) through testing, threat detection and advisory work around incident response.

The debate around security and the cloud isn’t even close to being resolved. Many will tell you that cloud vendors invest millions upon millions of dollars more than any other company in the cloud. It’s imperative that cloud vendors don’t experience infrastructure or SaaS security breaches. However, security continues to be a roadblock for cloud adoption—and, most importantly, enterprise cloud adoption. While every enterprise is doing some work in the cloud, many are still reluctant to move critical workloads (especially their sensitive data) to the cloud.

Google Cloud should use Mandiant as the bedrock on which its enterprise cloud security business is built. Rather than having piecemeal parts and partners, businesses want their cloud providers to have opinionated frameworks and best practices. Mandiant has some of the best security minds in the industry and can help Google Cloud customers create secure instances. I expect Google Cloud to provide ready-to-provision cloud environments tailored for specific regulated industries by leveraging Mandiant’s expertise. Of course, customers aren’t going to want to necessarily adopt everything that Google Cloud suggests, and customers should be able to swap out components. However, many businesses are already overwhelmed with the number of cloud partners they have to engage with to create a secure cloud environment.

What Will Microsoft and AWS Do?

Dan Kirsch is the managing director and co-founder of Techstrong Research. As an IT industry analyst and consultant, Dan focuses on how disruptive technologies are driving business outcomes in the areas of data and AI, cloud computing, security, and DevOps.

Engage with Dan on Twitter @DDKirsch, LinkedIn or email.