Welcome to the Content Amplification Report for 2021. Earlier this year, we surveyed over 100 B2B content marketers so that we could better understand their actions and motives when it comes to content amplification. Let’s explore some of the results below, and what they suggest. 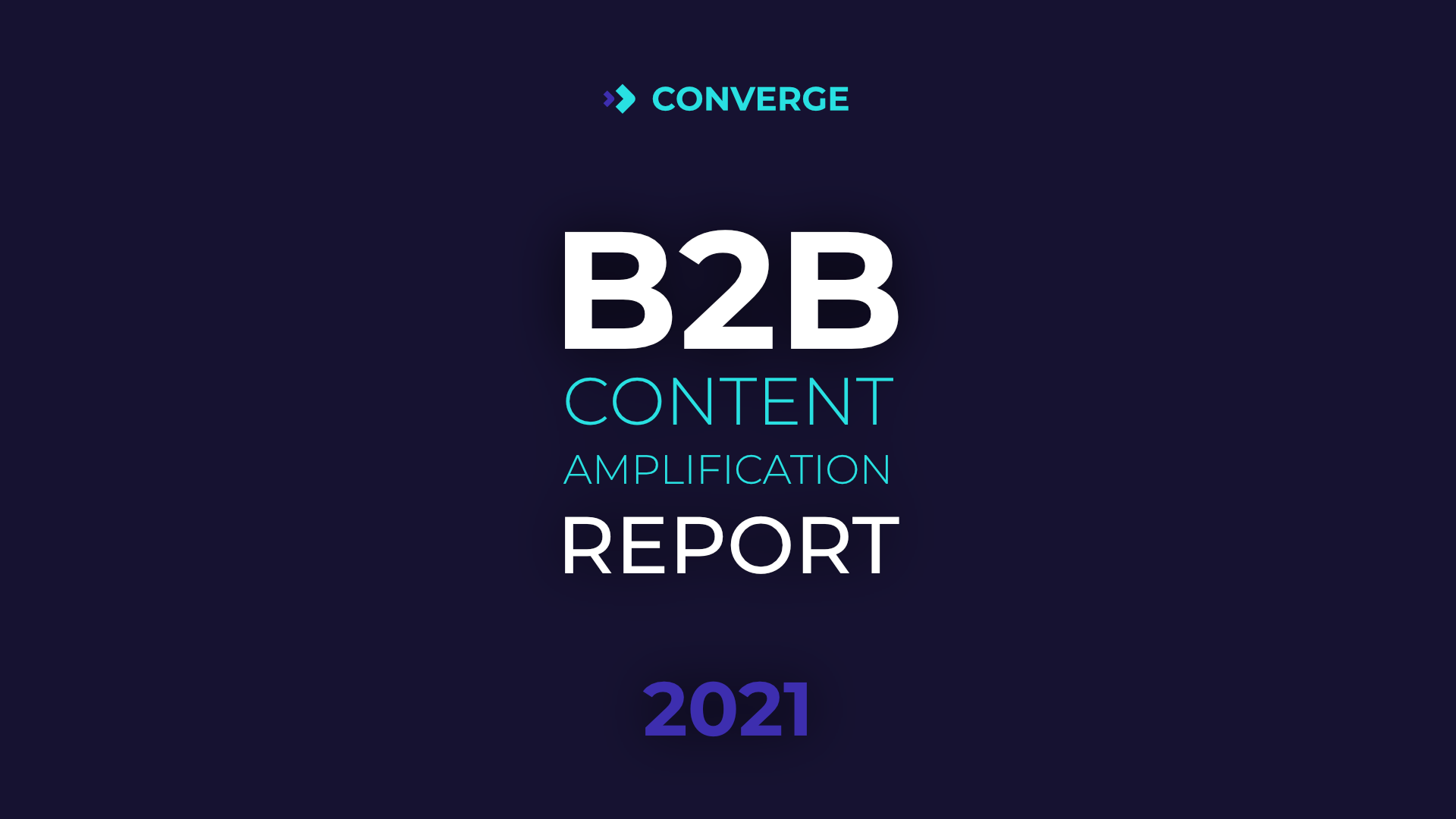 “The number one reason B2B content marketers surveyed don't amplify their content enough is due to a lack of time.”

We’re kicking things off with perhaps the biggest finding from the survey - that 85% of respondents said they weren’t spending enough time on content amplification. The biggest reason being that there was no time available to do it due to other tasks (80%).

This is a problem, especially when you take into account that over 90% of those surveyed said that content amplification had a positive impact on their content marketing strategy.

So, if it has an impact, we need to ask - why aren’t we doing it more?

“One of the most interesting findings to me is how so many people find so little time to amplify their content. And when asked what stops them, they simply said that it was a “lack of time due to other tasks”. This tells me that it’s simply a question of priority. It’s worth remembering how important it is for us to prioritize our efforts to how the audience will find and consume the content product.”

As content marketers, we need to be doing more of the actions that generate positive results (such as content amplification) and less of the stuff that doesn’t. It’s easier said than done to figure out the balance, of course, (we understand that you might not always get the final say on what is and isn’t a priority). However, the results show that we could be leaving additional positive impact on the table by not putting more time towards content amplification.

Delving a little deeper, it was interesting to see that a company’s size didn't seem to have any real impact on how much time resource was available for content amplification - over 40% of respondents came from companies with between 26 and 251+ employees.

I assumed, clearly incorrectly, that the larger an organisation or company, the bigger the content teams would be and the less of an issue time management would be. However, the results do not indicate that with over 77% of respondents being in content marketing teams of just 1-3 people (32% are operating on their own).

When it came to the free/organic channels that those surveyed used to amplify their content, social media (98%), blogs (94%) and emails (77%) were by a distance the most popular channels.

Nearly every single respondent said they used social media to promote their content for free, but which of the various social media platforms are they using?

Well, it should come as no surprise that B2B content marketers are using LinkedIn (92%) ahead of Twitter (83%) and Facebook (64%), due to its focus on the professional world. Go where your audience is, right?

Blogs. More than anything else. By a distance. 85% of our respondents are amplifying them, in fact. The next highest - social media content - was only being amplified by around 47% of those surveyed. And only 2% are amplifying original research, despite it being one of the best performing content types.

Ross Simmonds (Foundation) sees an opportunity for content marketers in these numbers;

“I would say that original research is less popular probably because it's more difficult to create. Thus if you create original research and amplify it, you have a better likelihood of standing out amongst the millions and millions of blog posts published every single week.”

Of those that took part in the survey, only 32% had a budget for content amplification. Of the paid channels being used, Social Media Advertising (100%) and Search Engine Advertising (53%) were the most popular.

And of that 32% that do pay for amplification, 93% said that it had at least some additional impact.

The lesson? Nearly every person that pays to amplify their content believes it has a positive impact on their overall amplification efforts. With that in mind, it might be time to allocate more budget towards this to see if it can lead to better results for your own content amplification.

When our respondents were asked about the overall goal(s) of their content amplification, Lead Generation (87%) came out on top, ahead of Brand Visibility & SEO (66%) and User Engagement (35%).

However, when our respondents were asked if they tracked their content amplification efforts, 76% of them said yes. That is 11% less than those that selected Lead Generation - the most popular goal. Of those that said they didn’t track KPIs, a lack of time was, again, the greatest factor (69%). Does this highlight a disconnect between setting goals and tracking them?

Our advice? If you’re going to set a goal for your content amplification, make sure you’re tracking the appropriate KPIs. Otherwise, how will you know you're achieving your goals?

How could you improve?

85% of those surveyed believed they could improve on their content amplification efforts (to be fair, there's always room for improvement). Specifically, by dedicating more time to it (66%), by having more in-house expertise (45%), a greater content amplification budget (40%), or a better understanding of it (36%).

“The biggest takeaways from this report for me: 92% of marketers surveyed believe content amplification has a positive impact, and yet 85% admit they aren't spending enough time on it. We're all busy. I get it. But with the pressure on marketing to deliver ROI, marketers need to commit more time to the things that work.”

It’s perhaps unsurprising, then, that most of those surveyed hope to be able to spend more time on content distribution moving forward. 79%, in fact. And nearly half of respondents are hoping to have a greater content amplification budget to play with, too.

Well, you’ve had a taster, now read through the whole thing - access and download the 2021 edition of the Converge Content Amplification Report by clicking the button below.

And make sure you share your thoughts on the results with us on Twitter here, too. Enjoy!

NOTE: We have now published 2022's Content Amplification Report. You can find that by clicking here if you want to see the latest stats and how they compare to 2021's report.

You have successfully been subscribed!
Get the best content from Converge direct to your inbox every month.
Download The Report