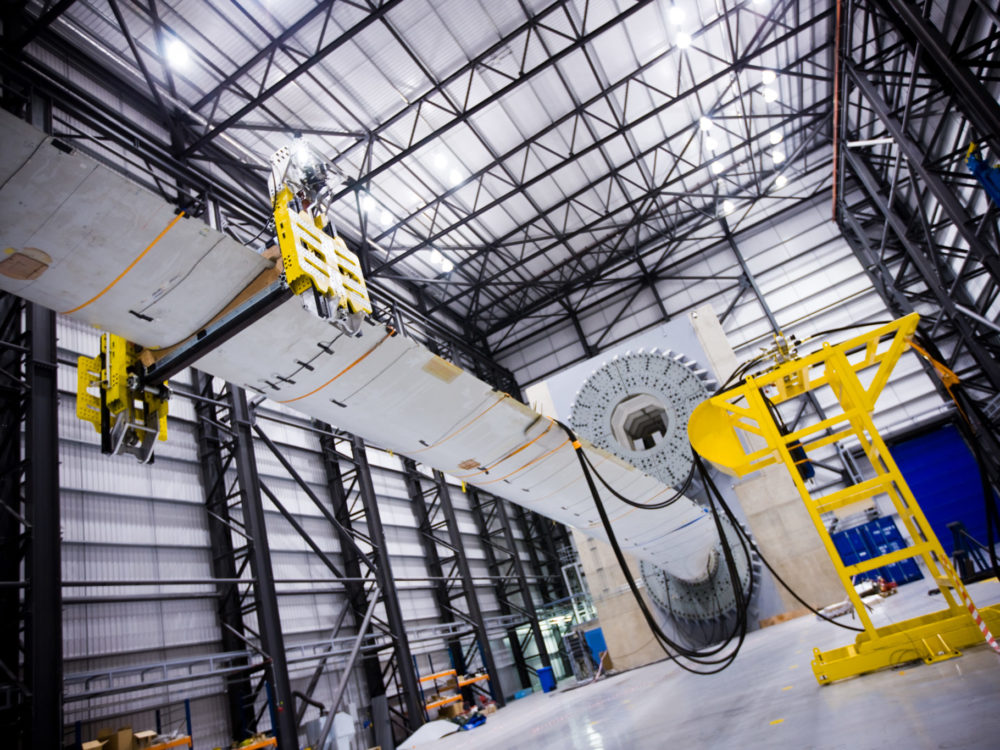 When I have the opportunity to write about our offshore wind sector, and the region’s wider green industry, my first instinct is to ask, ‘Can I have a larger word count?’

Because there is so much to include and an incredible amount the North East can be proud of.

Beyond our region and our borders, there is growing awareness and admiration for what we have here. The North East is the centre of the UK’s green energy revolution.

Earlier this autumn, visitors from Estonia, Denmark, Iceland, Latvia, Lithuania, Norway, and Sweden touched down in Newcastle. Their remit was to explore our region’s cleantech and renewable energy sector.

The visit was hosted by INEE and Invest Newcastle, and whilst here, the delegation visited key assets in Newcastle and Gateshead, including the Gateshead District Energy Scheme, immersive tech centre PROTO and Newcastle Helix. The group then travelled to the wider region, with visits to the Offshore Renewable Energy Catapult, the new Britishvolt site in Blyth, and the Port of Tyne.

The Nordic states are typically heavily-invested in renewable energy, which is why a new interconnector opened earlier this year between Norway and Blyth. It brings one and a half gigawatts of renewable energy – crucially, of course, that can also flow the other way.

Later this autumn, and hugely significant for our region, on October 31st and November 1st – the North East will host the Green Trade and Investment Expo alongside the Department for Business, Energy and Industrial Strategy and the Department for International Trade.

The expo brings together UK businesses and global investors to capitalise on commercial opportunities as part of the drive to net zero. It builds on £9.7bn of investment secured for UK offshore wind, hydrogen and electric vehicles at last year’s Global Investment Summit.

At the event’s announcement, then Business and Energy Secretary Kwasi Kwarteng heralded investment opportunities of up to £100bn. Government expects the international market for low-carbon exports to be worth almost £2trn over the next eight years.

Coming quickly of the heels of the Green Expo, will be Offshore Wind North East, again, bringing a focus to the region’s clean energy sector. Organised by NOF, Offshore Wind North East has an impressive line-up of guest speakers, panel discussions and networking opportunities aimed to showcase the region’s bourgeoning offshore wind sector and highlight the opportunities that are in the region. The potential is huge for offshore businesses locating here, and at Invest North East England, we are encouraging people to get in touch if you are interested in hearing more.

As we look to the future of offshore wind, it’s important to reflect on our strengths, which are of course bolstered by our fantastic location.

We’re adjacent to the North Sea. We have Dogger Bank Wind Farm – nothing less than the largest wind farm in the world – on our doorstep. Sites off the coast of Yorkshire and Scotland are also close at hand.

Within our region, we have the Port of Blyth, a leading offshore energy manufacturing and support base. Home to the world’s first offshore wind farm, now base for the UK’s flagship technology innovation and research centre for advancing wind, wave and tidal energy – the Offshore Renewable Energy Catapult. JDR Cable Systems is currently building a £130m subsea cable manufacturing plant at the port. Meanwhile, Port of Tyne will be home to Equinor and SSE Renewables’ multi-million-pound operations and maintenance base, servicing Dogger Bank. These two investments will collectively create over 500 jobs, with the potential for many more.

The Port of Tyne also recently launched the Tyne Clean Energy Park, offering a range of development sites for companies in offshore renewables in the heart of the Port’s estate.

Other key sites on the Tyne include the Neptune Energy Park, Swans Offshore Energy Park, and Hadrian Yard, where Smulders Projects UK will shortly be manufacturing transition pieces. Elsewhere, A+P Tyne operates the largest commercial dry dock on the east coast of England.

Beyond this, Port of Sunderland offers more strategically important development sites at deep-water berths, and a range of offshore wind supply chain companies are located here. For example, global offshore subsea construction company, Boskalis Subsea Services chose Sunderland as a base to expand the presence of its business vessel operations in the UK.

Last month, the Association for Decentralised Energy’s Heat Network Conference 2022 – a major national conference on the future of heating for homes and businesses – was followed by a day-long forum, hosted by the North East Local Enterprise Partnership and the Royal Danish Embassy. The North East already has a £500m plus pipeline of heat network projects in development and construction.

While the above represents our present and future, so much of what we can offer is grounded in years and years of engineering expertise and supply chains built on the back of the oil and gas industry.

And that’s a strong message to take out to a world where our reputation increasingly precedes us. I’m just back from Wind Energy Hamburg – where I enjoyed talking to an international audience about the region’s offshore renewable sector. I attended as part of the Energi Coast delegation – representing the North East’s offshore wind supply chain.   The region was further well-represented by stands from The North of Tyne Combined Authority, hosting the ports of Blyth and Tyne, as well as a host of key regional supply chain companies. Globally, as the need, legislation and ambition for net zero mounts, awareness of the North East’s capabilities grows in sync.

Ultimately, all of the above may feel like a trolley dash through the North East’s renewable market, but it’s also a glimpse of our future. The world knows it needs to change fast – the North East is ready.

If we can help your business – please get in touch.

Visit energygatewaynortheast.co.uk for further information about locating in North East England or contact me directly – guy.currey@inee.co.uk

You have successfully been subscribed!
Get the best content from Converge direct to your inbox every month.
Visit Site