It was 8:30 on a Tuesday morning and Bill’s breakfast was disturbed by his phone ringing. ‘Morning’ said Ben, ‘Any work on today?’. ‘Aye, lad, we’ve a leak to fix’ replied Bill. ‘I’ll come over then’ said Ben ‘We can do it together. It’s grand to have some work to do after all this time’. 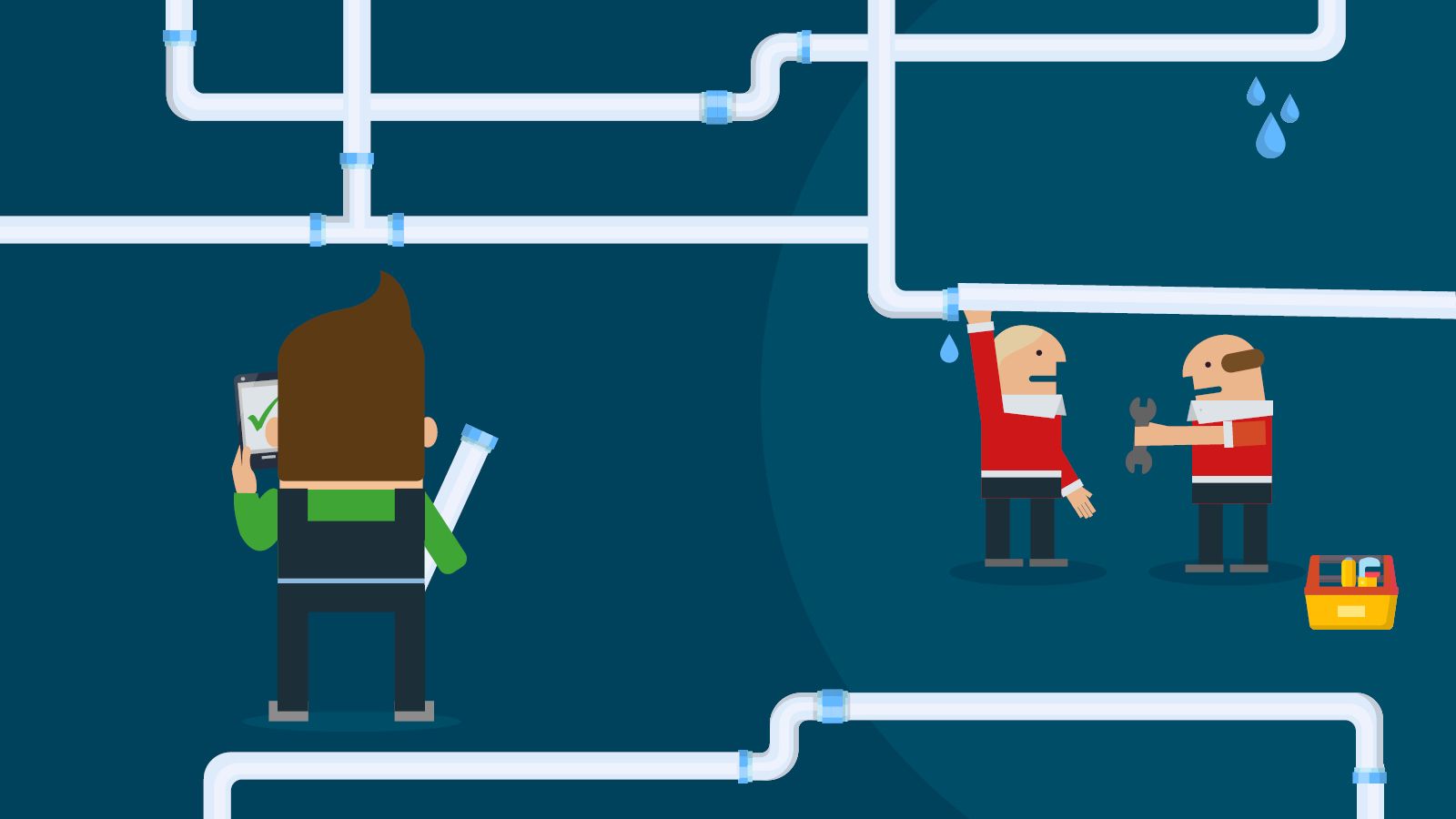 Flowers Plumbing & Heating was an established business run by Bill and Ben but work had been slow since the impact of COVID-19 and was taking some time to pick up again. They were relying on their previous reputation and returning customers.
They set off in Bill’s van and soon found the cause of the leak but they needed the materials to fix it so they finished the cuppa they’d been given and headed off to their usual supplier. No luck there though so they drove across town to another supplier. ‘Sorry mate’ he said ‘I’ve just sold the last one I had but I have some on order, they’re down for delivery on Friday’. ‘We probably need it before then’ said Bill. ‘Well, I can order one with special delivery’ the supplier said ‘but there’s a £25 charge’. ‘Hmm, OK’ said Bill ‘It’s going to cut down our profit but a job’s a job and needs must’.
Order duly placed, they set off back to their customer to patch up what they could and put bowls and rags in place to catch any drips. The next day they withdrew some cash and headed back across town mid morning to pick up the parts. Throwing the receipt from their supplier into the back of the van they headed back to their customer arriving just as the kettle boiled. Half an hour and another cuppa later they finished the job. ‘How much do I owe you and do you take cards?’ the customer asked. ‘It’s £125 but we don’t take cards’ Bill said. ‘Oh dear, I don’t have that much cash here, but I can pop to the cash point’ she offered. ‘No, don’t worry’ said Ben ‘We’ll send you an invoice and you can send us a cheque’.

‘Another satisfied customer’ said Ben as they headed off. ‘Aye’ agreed Bill ‘And a good cuppa too. We’ve no more jobs today so we should really try to sort out some paperwork when we get back. The accountant’s been on the phone again’. They both thought of the invoices they had to raise to customers using their trusty ‘Word’ template and a tidy out of the back of the van would be needed to find all their receipts. ‘Just as well we’ve not been too busy’ joked Ben. A mood of gloom descended…

Tuesday 8:30am and across town, Andy from WWM Plumbing & Heating heard his phone ping and picked it up to find an urgent referral from the trade agency he had signed up to. There had been a bit of paperwork to sign up but it was all done online and while it was quiet due to COVID-19 he had decided it would be a good investment to help pick up work when he could. And he’d been right, he’d had a steady stream of jobs. He’d set up a Facebook page too (with the help of the kids!) and had already had a few enquiries and positive reviews. So, a quick call and that job was booked in for later in the morning.
But first thing this morning he was heading off to a customer with a leak so he picked up his trusty sidekick Ted and off they went. The leak was simple enough to fix but he needed parts so he rang local suppliers and was lucky enough to find, on his second phone call, the last one in stock. A quick card payment and the parts were ready for him to collect. 40 minutes round trip later he was back at the customer fixing the leak. The receipt from his supplier had been scanned and uploaded to his cloud accounts. ‘How much do I owe you’ she asked. ‘It’s £125’ said Andy, ‘I’ll email you an invoice’. ’Excellent’ said the customer ‘Can I pay by card?’ ‘Not a problem’ said Andy. In no time at all Ted had an invoice raised, card payment accepted and the accounting entries all done. The customer was over the moon and immediately put a recommendation on his trade site and on Facebook.

As he was about to head off his phone pinged again, another job and it wasn’t even lunchtime. By the time he got home he’d had three jobs, all completed, all paid and all accounted for. He could look back at the invoices he had raised, check how much materials had cost and check whether he needed to order anything for the jobs he had booked in for the next couple of days. The kids were pestering him to go and play football. ‘Hang on a minute’ he said ‘I need to put the phone on charge’. As he plugged it in he said, to nobody in particular, that it hadn’t been such a bad day. His phone pinged in recognition. ‘And that’s another thing’ he thought ‘I wish the wife wouldn’t give everything a name. Ted’s a stupid name for a phone!’
You have successfully been subscribed!
Get the best content from Converge direct to your inbox every month.
Contact us here

We just love numbers. Accounts, tax, payroll or planning we aim to help small businesses to be successful. But it's not just about getting the numbers to add up. We aim to support our clients as much as they need with accounting packages designed to suit your business, face to face and in the cloud. Pop in for a chat, the kettle's always on.